Your slope in whatever you’re doing in life is more important than your y-intercept.

Knowing this helps you understand how fast you move and learn is more important than where you begin. 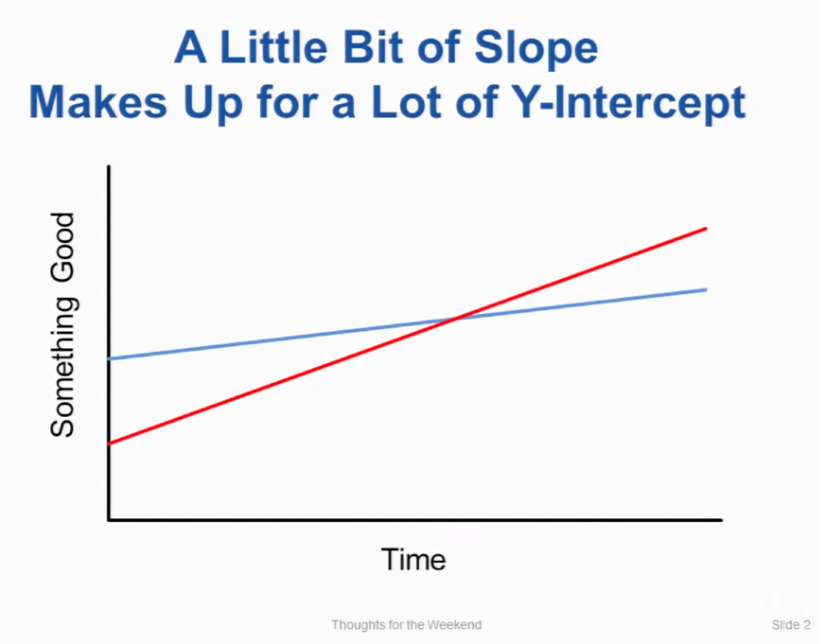 A little bit of slope makes up for a lot of Y-intercept.

And if the Y-axis is something good, depending on your definition of something good, then I think most people would pick the red trajectory over the blue trajectory (..unless you think you’re going to die before you get to the crossing point).

So I think this is a really interesting concept you can apply in a lot of different ways. And the key thing here I think is that slow and steady is great. You don’t have to do anything heroic. You know the difference in slopes doesn’t have to be that great if you just every day think about learning a little bit more and getting a little bit better, lots of small steps, its amazing how quickly you can catch up and become a real expert in the field.